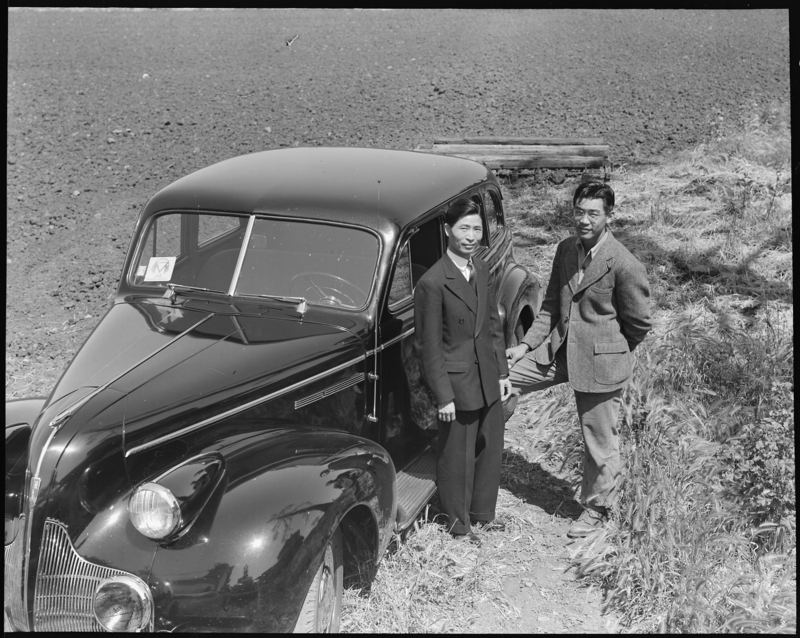 May 1942. Hayward, Califorinia. The Negi family, operators of a forty-acre, intensively cultivated, leased truck farm, completes arrangements with a Chinese businessman who is taking over his farm and equipment at the time of the family's voluntary evacuation to Colorado prior to Civilian Exclusion Orders.

The “Model Minority” is Affluent

A quintessential badge of the “model minority” is affluence: to earn an above-average income and achieve high socioeconomic status. The “model minority” label projects an image of the Asian American population as able to overcome hardships they face in the United States in order to become economically successful. This presumption is then applied to all marginalized groups, suggesting that they should also strive to do the same (often instead of protesting existing racial inequality). This stereotype has historically been and continues to be tied to the Asian population in the U.S., reinforcing the misconception of the entire Asian population as a monolithic, wealthy, well-to-do demographic group.

The “model minority” imagines Asian populations as highly educated people with stable families and white-collar professions. In order to understand the making of the stereotype, we examine the common narrative that explains how Asian Americans, who initially were immigrants, have allegedly risen to the top of the socioeconomic pyramid. The “model minority” label generalizes the entire marginalized group of Asian Americans as affluent peoples and calls them a success story. This page explains the reality that both supports and refutes the affluent “model minority” through historical facts. Asian Americans come from various backgrounds and different socioeconomic statuses, and these varying backgrounds affect every AAPI individual differently, not necessarily climbing to high socioeconomic circles in the United States.

On this page, we see that Asian immigrants arrive in the U.S. with varying levels of education, some arrive as refugees, some come from countries that were economically more developed than others, while others come from countries that did not have the resources to invest in economic growth. These factors are undoubtedly important and deeply involved in the socioeconomic status of Asian immigrants coming to the United States.

Sociodemographic characteristics, such as education, family structure, and nativity explain some of the disparities—and an increasing proportion over the 1959–2015 period, indicative of the growing importance of disparities in human capital, the immigrant incorporation process, and the interaction between economic conditions and cultural shifts in attitudes toward marriage in explaining racial inequality in poverty and affluence. 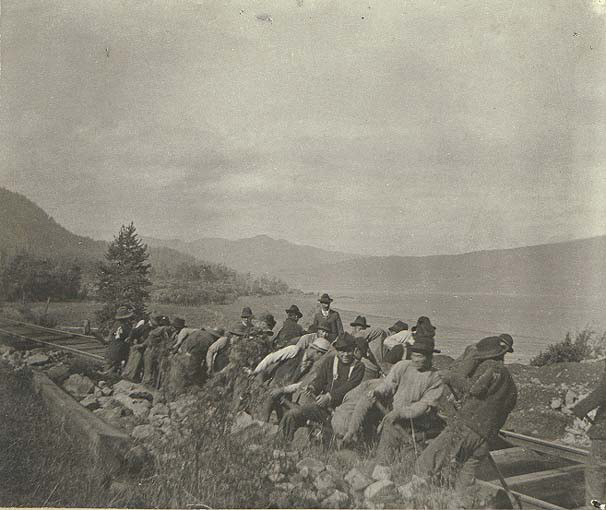 From Asian Immigrants to Asian Laborers to “Model Minority”

Asian immigrants have sought better opportunities and refuge in the United States since the nineteenth century. From 1850 to 1950, immigrants from disparate parts of Asia continuously settled on American soil, often for economic reasons. With the exception of highly educated individuals who were accepted into higher social circles, the first immigrants from East Asia (mainly Chinese) were considered a source of cheap labor, particularly for the California Gold Rush in the 1850s. These Asian immigrants were exploited as migrant workers in agriculture and gold mining, and in order to meet the demand for labor in the United States, immigration from Asia increased. Despite their contributions to American expansion in the West, Asian immigrants were usually met with hostility and violent discrimination.

At the turn of the century, U.S. policies such as the Chinese Exclusion Act of 1882, the Immigration Act of 1917, and the National Origins Formula in 1924 (limiting immigration from Asia only to professionals, clergy, and students, with visas) severely limited Asian immigration to the United States. Racial hostility towards Asian laborers continued, further alienating ethnically Asian peoples in the United States. And although fighting for legalized racial equality and U.S. naturalization often ended in defeat, Asian immigrants were still valued for their manpower in menial labor.

From a historical perspective prior to WWII, Asians seem far from embodying the “model minority.” These exclusionary acts and immigration bans prevented Asians from becoming American citizens, as well as barred them from the same legal rights and protections as white Americans. Having little access to white collar professions, Asians often occupied manual labor positions in agricultural fields and gold mines.

This situation changed dramatically after World War II. From the 1950s through 70s, the repercussions of war, including WWII, the Korean War, the Vietnam War, and the Southeast Asia War (Cold War) took a heavy toll on U.S. immigration policies, as they changed in favor of reuniting American soldiers with their Asian wives, as well as towards political refugees from Vietnam, Laos, and Cambodia (Pang 386). With greater leniency and an open border to more immigrants, Asian immigration to the United States spiked after 1965 and continued to rise into the twenty-first century.

Immigrants from Asia had different rationales for their relocation to the United States. Those who came from countries that had the resources to invest in their own economic growth, such as Taiwan, China, India, and Japan, voluntarily came to the economic powerhouse of the United States during a time of postwar prosperity. Similarly, middle-class professionals from Hong Kong and the Philippines, joined those elites in their pursuit for better opportunities (Divoky 220). With their educational and professional backgrounds, these immigrants were well equipped to face competition. Immigrants from countries that did not have the means to invest in their economic development, such as Laos, Cambodia, Guam, and other Pacific Islands, often did not have the same professional backgrounds or experiences needed to be highly competitive in the American job market.

Education might help explain racial and ethnic differential in poverty and affluence because education levels vary by race and ethnicity. Asians are the mostly likely to have a B.A. or higher degree, followed by whites, blacks, and Hispanics and American Indians (the last two groups have similar levels) (U.S. Census Bureau 2016c).

Socioeconomic status does not correlate to country, as within these countries, immigrants to the U.S. may come from the opposite ends of the socioeconomic ladder. Immigrants from Vietnam arrived in waves, the first wave consisting of highly educated, elite professionals in 1975 and the second wave in 1980 of poorer and less educated refugees who sought safety in the U.S. (Pang 386). Similarly, other Southeast Asian immigrants, from Laos and Cambodia, came to the United States as “political refugees or to rejoin family members” and overall from more rural and poorer backgrounds (Pyke 242-243; Pang 380).

These immigrants from Asia would all be affected by the “model minority” concept. Introduced by sociologist William Petersen’s infamous article, “Success Story, Japanese American Style”, the “success story” of Japanese Americans gave rise to the all-encompassing title for Asians: “model minority” — a label that stereotypes the entire Asian American Pacific Islander community to a single, monolithic, successful Asian narrative. It is important to understand that the “model minority” cannot serve as an umbrella term for all Asian people, a multiethnic group of people with drastically different circumstances. 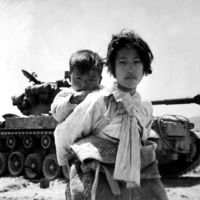 Petersen’s article praised Japanese American resilience and, although not written with malintent, ultimately encouraged (white) Americans to draw connections between race and socioeconomic class, harboring implicit bias against both those who presumably succeed (Asian Americans) as well as those who do not live up to perceived ideals (Hispanic and African Americans). The rising social consciousness of nonwhite minorities during the racial politics of 1950s - 1970s, a time of radical social reform for racial justice and equality, struck newfound fear in the white majority of the American status quo. Competition for jobs and housing became especially crucial, as white flight took place concurrently with the rapid influx of African Americans and new immigrants settling in the North and West.

…the Japanese Americans are better than any other group in our society, including native-born whites. They have established this remarkable record, moreover, by their own almost totally unaided effort.

In opposition to the African Americans’ pursuit for legislative racial equality, the “model minority” was flaunted as the “right” way to prosper and join the bourgeois American community. Minorities were encouraged to follow the bootstrap theory, as the Asian Americans had allegedly done, and “earn” their place on the socioeconomic ladder through hard work and education. This created a “wedge” out of the Asian American community, as the “model minority” was lauded as an example for other marginalized racial groups to follow (Reynoso).

One reason for high levels of education among Asians is that the Asian immigrants are a very selective group, in that they have higher average levels of education than both people in their countries of origin and native-born Americans in the United States (Sakamoto and Kim 2013; Lee and Zhou 2014). One reason for this selectivity is that a relatively high proportion of immigrants from Asia are admitted into the U.S. on the basis of their occupational skills.

Although the vast majority of immigration from Asia to the United States for a century (between 1850-1950) was first to meet labor demands for agriculture and gold rushes, the present-day “model minority” only takes into consideration highly educated Asian immigrants who came to America seeking opportunities after WWII and the consecutive wars in Asia (Korean War, Vietnam War, Southeast Asia War). The “model minority” stems from the “success story” of Japanese Americans and their ability to climb the socioeconomic ladder despite their troubled past in internment camps and discrimination during and after WWII in the United States. In the wake of more highly educated Asian immigrants coming to the U.S. in search of better livelihoods and opportunities, the “model minority” label proceeded to gain popularity, thus perpetuating the “model minority” stereotype on the monolithic singular “Asian” narrative.

Before WWII, the Asian demographic in the United States persisted as a single, monolithic group of “Asians” with no respect to differences in culture, ethnicity, nationality, or language. Even national demographic surveys between 1960 and 1970 failed to acknowledge the diversity of Asia, limiting the choices of Asian race/ethnicity to Chinese, Japanese, Filipino, or Hawaiian (Iceland 10). Only after 1980 were more and more Asian identities considered in these surveys, with the convenient “Other” for unlisted Asian identities. Ultimately, this makes it difficult to calculate the alleged economic success of the “model minority,” as not only is the historical data on Asians in the U.S. skewed by lack of in-depth analysis on the multiethnic Asian groups, but all of the information is compiled within the same category of “Asian.”