The concept of the model minority assumes that Asian Americans will remain silent against anti-Asian sentiment while praising them for their good behavior.  The concept expects AAPI to avoid “ruffling the feathers” of society at large and to serve as an example for other racial groups to take inspiration from (Moon pg. 584). Partly rooted in the stereotype that Asians are obedient and submissive to authority, these characteristics have been seen positively by white majority communities, as it suggested that Asian Americans would not resist the status quo (Moon pg.).  This issue is complicated, on the one hand, there's an expectation for them to remain obedient to perceived authority imposed upon AAPI communities. On the other hand, although this expectation is harmful, AAPI communities nevertheless benefit from upholding those standards; if the Asian American community were to “behave well” by avoiding a confrontation with the dominant group, chances of being accepted and considered fully assimilated into American society are greater.

The model minority behavior pattern of AAPI reflects a desire to achieve the “American dream,” where the ideal is to reach the success of the white majority. The AAPI community rarely resists the “status quo” of institutionalized racism, as it would result in backlash against their members.  The reasons include fear of retaliation by the majority group, and the possibility of greater subordination as a result. Reaching the success of the white majority means to avoid retaliation from the people who AAPI are trying to emulate. Also their more favorable image compared to their black and Latinx counterparts or the notion of the model minority image discourages  Asian Americans to rise to political action (Kim). As a result, activists in Asian American spaces were and are encouraged by fellow community members who internalized the model minority myth to remain quiet, as they fear repercussions from institutions similar to what black activists were facing.

The conscious or unconscious goal of achieving model minority status impacts activism within the Asian American community. For Asian Americans, the stakes for participation in protests or public speaking engagements may feel lower than they are for their African American peers. When the model minority stereotype is internalized, an Asian American student might understand their privilege and wish to preserve it. Or,  they might superimpose expectations of the model minority onto other underprivileged communities subconsciously, wondering why they, too, can't achieve what AAPI achieved. As a result, accepting the model minority myth and subsequently complying to existing social structures may implicitly or explicitly silence Asian American voices, resulting in further marginalization.

AAPI communities also face external criticisms for their public engagement. White critics of Asian American activism have sometimes characterized efforts to improve conditions for AAPI communities as “self-serving” (Moon). They were seen to only be attending and organizing against issues that solely affected the Asian American community, such as immigration and anti-Asian racism. This perception diminishes the worth of  activist and political work by Asian Americans seeking to reform social structures broadly. The “self-serving” characterization also ties in to the perception of the model minority by other races. When seen as the model minority, work being done to improve the experiences of Asian Americans can be viewed as privileged given the circumstances of other racial minorities in the United States. Because of these factors, most of which relate to the false model minority status, Asian American concerns, including issues of anti-Asian racism, remain on the margins of society. 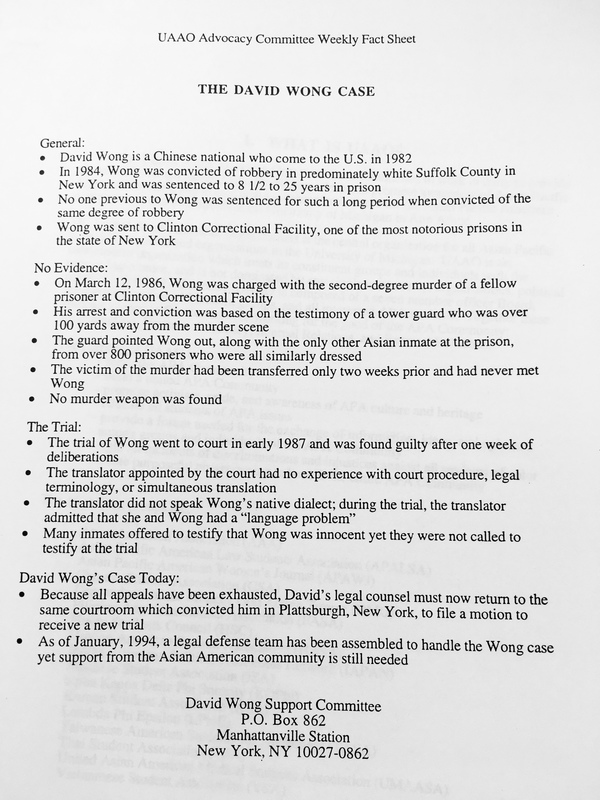 The Model Minority Is Obedient

The concept of the model minority assumes that Asian Americans will remain silent against the anti-Asian sentiment prominent in the United States. This is partly rooted in the stereotype that Asians are obedient and submissive to authority. Being characterized as submission was seen positively by the white elite as it showed that Asian Americans would not resist the status quo. This stereotype was co-opted by the white elite to define Asians as being a superior minority. The model minority encourages the community to not “ruffle the feathers” of society at large in order to unconsciously maintain the Asian American community’s “elevated” status as a example for other racial groups to take inspiration from (Moon pg. 584). This unconscious behavior pattern also reflects a desire to achieve the “American dream,” where the ideal is to reach the success of the white majority. Resisting the “status quo” of institutionalized racism would result in in some sort of backlash against Asian Americans. A prominent example of a minority group facing repercussions for their organizing were black activists in the 1960s and 1970s who faced increased policing and surveillance in their neighborhoods. As a result, activists in Asian American spaces were and are encouraged to remain quiet by fellow community members, such as parents and relatives, as they fear backlash from institutions similar to retaliations black activists were facing.

Additionally, Asian American activism is characterized as “self-serving” by their white critics. They were seen to only be attending and organizing against issues that solely affected the Asian American community, such as immigration and anti-Asian racism. This perception serves to further delegitimize the work being accomplished by the community. This perception is fueled by the perception that Asian Americans are submissive and prefer to enact change quietly within their communities, an example being the Japanese American struggle to attain a formal apology from the U.S. government for their incarceration during World War II. Japanese Americans petitioned through courts and their local representatives in order to accomplish their goals, eventually being successful in 1988 with the Civil Liberties Act. Their “political complacency” is depicted as a stark contrast to the organizing efforts of Black and Latinx groups, who emphasized political confrontation and at times, militant advocacy for needed reforms (Moon pg. 596). This characterization was used  in order to erase the efforts made by Asian Americans who were challenging the status quo by other means in order to attain justice. The self-serving classification was notably by critics of the creation of American Citizens for Justice after Vincent Chin’s murder in order to delegitimize the anti-racist work the organization was doing. They accomplished this by accusing the Chinese American community of only organizing within their own community instead of paying attention to other cases of racism in other ethnic groups.