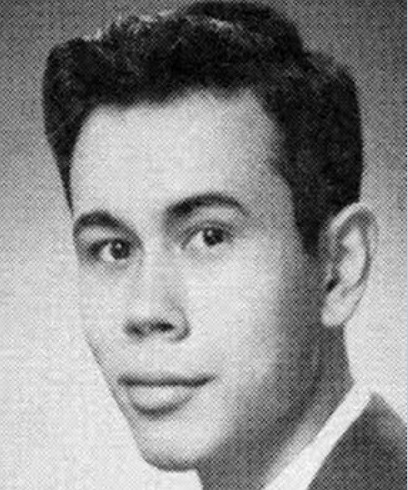 Jim Toy was born in 1930 to a Chinese-American father and a Japan born Scottish-Irish-American mother but died when Toy was born. His father married another white woman. He grew up in Granville, a village in central Ohio, where in the 30's and 40's his mixed race family was one of three families of color. World War II was particularly impactful to Toy’s childhood experience, given the family’s high visibility as a mixed Asian American family in the Midwest. Living in rural America during a time of anti-Japanese sentiment, Toy’s family tried to ensure that Toy did not encounter racism when going out in public by making it clear that Toy was Chinese as it he could be mistaken to be Japanese. In the interview With NBC News in 2015, he discloses:

My Chinese father's mother [my Chinese grandmother] divorced my Chinese grandfather and married a Japanese man. She followed him to an internment camp, where she gave English lessons and played the guitar as evening entertainment.

In the 1940s, the anti-Japanese sentiment was so strong that:

When I went to what we now refer to as "middle school", I wore around my neck a cardboard sign likely made by my stepmother. It read, "I AM NOT A JAP".
https://www.nbcnews.com/news/asian-america/michigans-first-publicly-out-citizen-still-fighting-lgbtq-rights-n369701)

In the interview, Toy noted that he had suppressed all memories of wearing the cardboard. Of course, even if he could deny being a “Jap,” he was still an Asian American, hopefully, of another sort. He also admitted that he obsessively avoided Asian visitors during his high school and college years, suggesting the ongoing struggles he faced as an Asian resident of a nearly all-white town during periods of strong anti-Asian sentiment. Lingering anti-Japanese sentiment during and after World War II and later anti-Chinese sentiment due to China’s communist revolution in 1949 likely impacted Toy’s relationship to his ethnic identity.

In addition to his childhood experience of being an Asian, Toy’s perceptions of his sexuality were also complex during his adolescence. Growing up, Toy was not privy to discussions about homosexuality within his hometown and in the broader media, such as newspapers, on the radio, or in movies.  And at home,

“I was taught never to talk about sex, politics, or religion at the dinner table. And I think I have learned that if you bring up one, the other two inevitably have to follow. I’m a Democrat, I’m an Episcopalian, I’m a conscientious objector. I was born biologically male, so I was assigned to what we call the male gender. I identify with that gender assignment. And, as it turned out, I happened to be gay.”

In the 1940s and 1950s, there were few gay men (especially gay men of color) to look up to or with whom he could identify. In high school, feeling alienated, Toy attempted to assimilate into his heteronormative surroundings.. He repressed his attraction to other men and worked to conform to the expectations of others.

When my male peers began talking about their attraction to girls, I sadly puzzled about not sharing those feelings. Since homosexuality was not mentioned in books or magazines or newspapers, on the radio or in movies, I had no context in which to examine my sexual-orientation identity. I had totally repressed my attraction to other male people. I self-diagnosed as being asexual. Nonetheless, I dated a female high school classmate and a female student at Denison, wanting to prove to myself and others that I was "like the other guys."

As he grew up, then, Toy suffered from his identity of being a gay multi-racial Asian American person in an environment that was hostile to both. But the two forms of oppression, while intersecting, took different shapes and demanded from him contrasting methods of handling. On the one hand, his sexuality was to be entirely hidden and, as long as he acted like others, he suffered silently and internally, and avoided overt social ostracism. On the other hand, his ethnicity was out in the open. He was forced to carry a visible tag on his body that denied one Asian identity but he could not eradicate the message that his biologically determined appearance could carry to others. In the long history of Toy’s activism, he was able to “come out” on the first and successfully carried the torch for progress. But the society around him did not easily accept the full meaning of social injustice which lay at the bottom of intersectionality. As the following shows, Toy’s remarkable activism has mostly focused on LGBTQ issues, and his engagement with various formal organizations has left plenty of documentary traces. Less is recorded of his engagement with Asian American dimensions of social injustice. Nevertheless, this panel ends with Toy’s recent sentiment regarding the intersectionality of LGBTQ and ethnic and racial concerns.